Today is R’s 6th birthday. Now I’ve not really spoken about my kids and their births as such so I may as well give you hers now. I had a beautiful water birth planned with only gas and air through out my pregnancy. However My waters had been leaking for weeks and at 34 weeks the little bugger dicides to shit in me. She clearly didn’t get the memo that, that shit is dangerous! So I was in hospital and put on a hormone drip, my friend Lizz was there claiming she felt sorry for me while snapping up photos that every year get posted to my Facebook. These two bastard ones being the most glamorous. 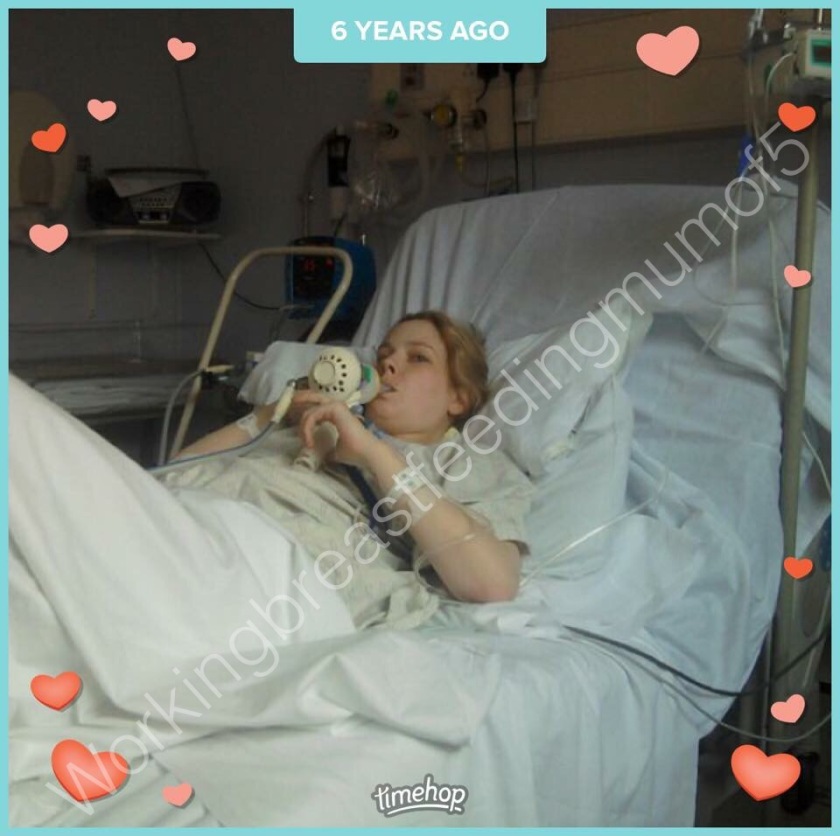 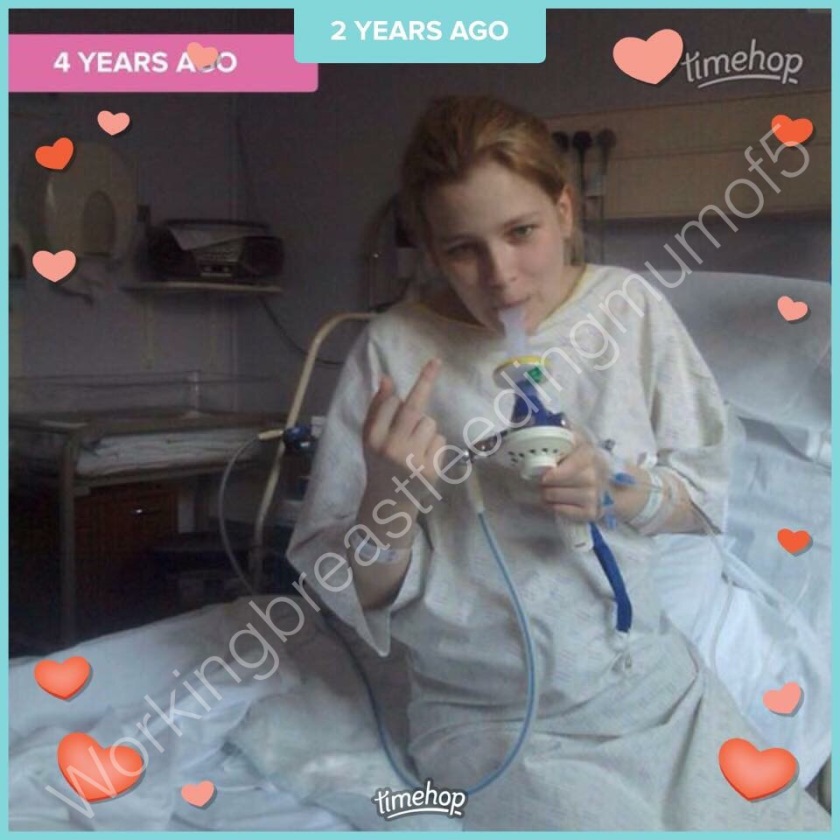 Now for those of you that don’t know labour fucking hurts, every couple of minutes you feel like suddenly your skin and muscles are too fucking small for your body and every organ around the baby is trying to escape with the baby. If you’re anything like me and swear a lot anyway it makes for some very colourful language and sentences such as “just get this fucking baby out” , “I can’t do this shit” , “shut the fuck up, don’t tell me to fucking breath that’s not gunna help this shit” , “just give me the fucking drugs” you get the gist! However between contractions it was things like this.. “oh my god I can’t wait to meet her” , “please bring me food”, “thankyou Lizz For being here I love you lots” , and a load of jumbled entinox induced sentences that don’t make any sense. (Entinox by the way good stuff) even if it does make you sound a little like a darlic.. 16 hours … yes 16 painful god damn hours I was contracting every three minutes. Then the dr came in, “your babies getting stressed her heart rate is dipping dangerously low with each contraction we need to deliver now by emergency c section” … Are you fucking kidding me , I’ve gone through all this and now I’ve got to be sliced open like a fucking ravioli parcel?! (Did I mention I had a previous emergency section so I was trying a vbac) obviously my baby comes first so I agree. While feeling like I’d failed. It was awful knowing my body couldn’t get my baby out the way, nature intended and in turn it had stressed her. So they explain the proceedure (like I don’t already know). To be fair the first time I was too out of it to really know what was going on. The spinal … it doesn’t hurt they said …. bollocks that shit stings like a bitch and then as you start going numb you feel like your shitting yourself in their bed sat up naked waiting for them to move you before you fall. Warmth spreads from your feet to your chest and bam you’re numb. They lay you on the bed and it’s the weirdest feeling ever , you can feel people touching you, but you can’t at the same time. They use this awful cold spray (which is fine on the bits you can’t feel) to measure how far up and how numb you are. They then put a big blue sheet up just below your chest so you can’t see what’s going on.  Then they start cutting you and you may be numb from pain but the pushing , pulling, tugging you can feel all that shit. It feels like what I can only imagine it would feel like if someone was washing up in your stomach. Infact at one point I think I told R’s dad that it felt that way while on the table. The room is so bright it’s unreal, your looking around there is at least ten people in the room, anaesthetists , surgeons, nicu drs, maternity drs , midwives and I allowed a student in. Now I’m completely get some people don’t want students in, but I have had students at all my births because they need to learn and need willing mums to allow them to. All the students I’ve had in have been the Ones taking photos And helping to reassure me. While you’re laying their panicking the surgeons are casually talking about their next holiday! At the time I was fuming at them, felt they weren’t taking the situation seriously, but truth is everyone walks into surgery nervous even the professionals they’re just trying not to think about it. Mine and my babies lives were in these people’s hands that’s a pretty fucking big responsibility !

The moment came a massive tug, and I waited for what seemed like an hour but was only probably a couple of minutes …. no crying , why the fuck isn’t my baby crying, I know she’s out, they know she’s out, everyone knows babies cry when they come out, so why hell isnt mine! I hear the rustling of feet rushing to get her and pop her on the hot cot to be bagged (for those that don’t know bagging is another term for cpr)  then there it is… a squeak followed by a cry, the big blue sheet covering the open stomach and all my insides drops and over it pops a tiny baby with a dr shouting “quick look mum” , I cry , her dad crys then she’s taken again to be given some oxygen. They level her out wrap her in a towel and hand her to her dad. She then gets put on me until as I am still numb I feel I may drop her and she’s taken off to nicu. While I’m laid there being stitched up feeling everything they’re doing minus the pain (thank fuck) .

I get taken round to recovery this is when it hits, they’ve taken my baby and I don’t know what they’re doing with her. I can hear other babies crying have nurses popping in every couple of minutes to do obs, I’m exhausted but can’t sleep. I got taken to a ward full of mums and babies where I express and sleep. They bought me a picture of her to keep by my side. The next day she is bought to me and we stay together for six days until we go home. 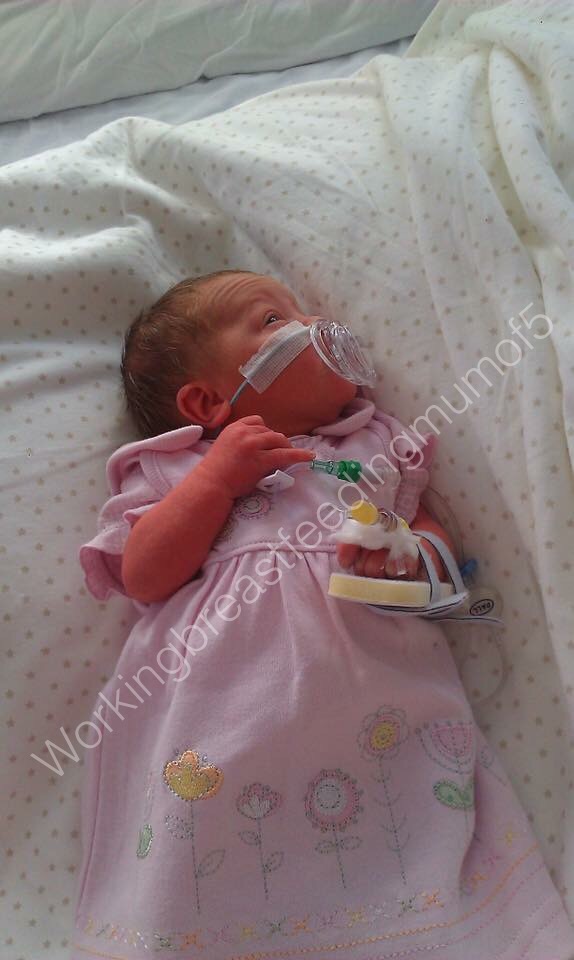 After a c section you’re pretty much good for nothing. Don’t lift anything heavier than your baby .. Ha who ever suggested that clearly hasn’t had a c section with a toddler at home, you cough and it feels like your stitches are going to split , you stand up it hurts, sit down it hurts, you really can’t win. Now I’ve never experienced a vaginal birth so can’t comment. What I can say is this blog doesn’t say it’s harder to have a c section than a vaginal birth. I for sure think I’d rather stitches in my stomach than in my lady clam. I can’t imagine the sting when you try to pee after vaginally vommiting a baby out of something the size of a blueberry. I feel for you ladies massively.

For about 18 months I beat myself up about how I didn’t do good enough, how my own body had failed me. It was awful I cried myself to sleep at night. I grieved the birth I’d never had.

Did having a c section affect my child? No.

Did having a c section make me a lesser parent? No.

Was it worth beating myself up over? No.

Is my baby here and well? Yes.

Should I be greatful that medical science has evolved and grown over the years to enable the medical professionals to of delivered my daughter safely? Yes.

Babies are born in all sorts of weird and wonderful ways. Some in water, some by c section, some unassisted, some drug free, some at home, some in hospital, some with every drug imaginable, some in cars, some with forceps, some in toilets and more .. but guess what none of that affects the way you chose to parent your child, none of it means you have failed even if it didn’t go how you had planned, none of it determines your status in the mum society. All it means is you birthed a beautiful baby and you’re a very lucky and wonderful mum. So If you’re beating yourself up about how it went, for asking for more drugs when your birth plan says no drugs, because you needed stitches in your lady clam because they had to cut you or your stomach from a c section, because you laid on your back rather than stood. For any god damn reason at all during your birth…..STOP. Yes you may grieve the birth you wanted, but you did it .. you birthed a beautiful child.. and that makes you incredible!

So I applaud each and every one of you ans you should applaud yourself too!

On another note this totally started out in my head as me telling a quick birth story then going on to the rest of R’s day. Instead I started writing and couldn’t stop as I felt this needed its own blog.

I am a working , breastfeeding , mum of five. My days are interesting , stressful and hilarious. View all posts by workingbreastfeedingmumof5

2 thoughts on “Having a c section doesn’t mean you failed at birth, being a women or your body’s broken”

This is a text widget. The Text Widget allows you to add text or HTML to your sidebar. You can use a text widget to display text, links, images, HTML, or a combination of these. Edit them in the Widget section of the Customizer.
Loading Comments...
%d bloggers like this: